Projects for Suzelle clients have included: Quinton Aaron, who played the lead as Michael Oher, alongside Sandra Bullock in the Academy Award winning film, “The Blind Side.” Chase Coleman on the FX pilot “The Americans,” “Law & Order,” “Gossip Girl,” the NBC series “Kings,” the CBS series “The Good Wife,” Martin Scorsese’s “Boardwalk Empire” on HBO, and The CW series “The Originals,” and recently finished the independent film “Justice Served.”  Up and coming teen actor, Syam Lafi recently landed a recurring guest star role on the HBO pilot, “Criminal Justice.” Nick Mathews co-starred on the hit TNT series “Political Animals” and Sonja Perryman in the acclaimed Broadway play “Celia” as Young Celia Cruz; Anjelica Aragon in the film “Bella,” Ted Arcidi and Louis Arcella in the upcoming film “The Family,” starring Robert DeNiro and Michele Pfeiffer which was shot in France, Alec Von Bargen starring as Fidel Castro in Robert DeNiro’s film “The Good Shepherd,” Juan Carlos Serran in “Fast Food Nation,” to name a few.  A new project, “A Midsummer Night’s Dream,” directed by Julie Taymor for The Theater for New Audiences opened on November 3, 2013, with Jake Faragalli having the only singing solo due to his extraordinary voice at the age of 11.  Child stars whose careers she has launched include Chris Bones (Young Jared Banks on “One Life to Live”) and Allison Wachtfogel, a star of various Nickelodeon projects, including “Pinky Dinky Doo.”  In addition, Suzelle clients were seen in hundreds of TV commercials, print ads, and in episodic TV series including “The Sopranos,” “Rescue Me,” “Lipstick Jungle,” and “Damages.”

In recent years, Suzanne has started managing the careers of some of the finest talent in the international Latin community.  Manuel Ojeda, from “Romancing the Stone,” has also starred in numerous telenovelas. Angelica Aragon of the highly acclaimed films, “A Walk in the Clouds,” “Picking up the Pieces” by Woody Allen, and “Havana Nights,” most recently appeared in the critically-acclaimed “Bella.”  In addition, Suzanne had represented (the late) Pedro Armendáriz, who had appeared in many U.S. films, including “Amistad,” “The Mexican,” “Original Sin,” “Collateral Damage,” Spielberg’s “The Mask of Zorro” and “The Legend of Zorro,” Will Ferrell’s “Mamitas,” and “Casa de mi Padre.”  Pedro Armendáriz had starred as Jimmy Smits’ father in the TV series “Outlaw.”  Diana Bracho has starred in “A Streetcar Named Desire,” “Dangerous Liaisons,” and “Master Class” in Mexico City, as well as played Harvey Keitel’s wife in “Dreaming of Julia.”  Pedro Damian, renowned telenovela producer, has appeared as an actor in “Frida” and “The Mexican” and co-starred with Robert DeNiro and Eddie Murphy in “Showtime.”

Suzanne co-founded “ICE” (International Culture Exchange), an organization in Mexico and Latin America, to bring to the attention of the rest of the world the beauty and rich culture of the fine arts of Latin America.  After numerous successful shows in Latin America, ICE had its first art show at the New York Academy of Art whose resounding success prompted equally notable exhibitions.

Suzanne is a longtime member of the National Conference of Personal Managers, an active board member of Boys & Girls Harbor, a charitable organization for inner-city children, and is a fundraiser for several philanthropic organizations. Suzanne has been interviewed on “Good Morning America,” “Live With Regis,” and numerous other talk shows.  She has been featured in articles in the New York Daily News, New York Post, New York Times, People, US Weekly, Hollywood Reporter, and Los Angeles Times. 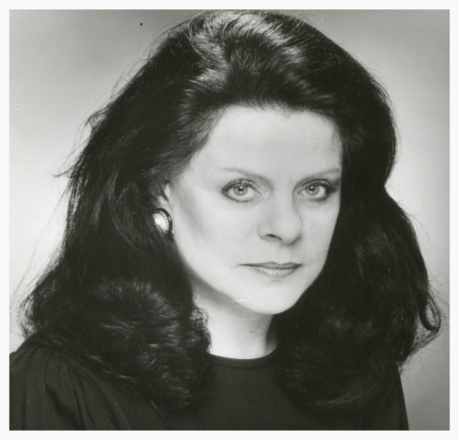