Another two of Station 3 Entertainment’s most recognizable faces are Reshma Shetty and Anisha Nagarajan. As two of TV’s first female South Asian leads, Reshma and Anisha have starred on USA and NBC series respectively. Reshma’s series “Royal Pains” has aired for a staggering 7 years. The series commences its 8th and final season this summer. Anisha’s groundbreaking series “Outsourced” was based on the indie feature of the same name.

Edie will travel any distance to attend performances of her talented clients from Broadway to Hollywood, and all places in between. In 2016 alone, Edie’s clients will open 6 Broadway shows and premiere in 3 network series. Over the next couple of months she will travel to her New York office to attend the 6 aforementioned Broadway openings.

First up is John Gallagher in “Long Days Journey Into Night” with Jessica Lange, Gabriel Byrne, and Michael Shannon. John has been a client of Edie’s for over 19 years, and she proudly watched as he grew in stature winning the Tony Award in 2007 for “Spring Awakening”. John followed up with starring roles in Broadway’s “American Idiot” and “Jerusalem” with Mark Rylance. No stranger to the big or small screen, a partial list of Gallagher’s screen credits include: HBO’s “The Newsroom” (3 seasons), “The Belko Experiment” (upcoming),  “Hush”(Blumhouse-upcoming), “10 Cloverfield Lane” (Paramount/JJ Abrams) and “Short Term 12” (opposite Brie Larson).

Two- time TONY NOMINEE, Joshua Henry is set to star as “Eubie Blake” in Scott Rudin’s new musical “Shuffle Along” opposite Audra McDonald. “Shuffle Along” will be directed by George C. Wolfe and choreographed by Savion Glover. Joshua just filmed the lead role in “The Lake” opposite JK Simmons and Sullivan Stapleton. He recently ended his Tony nominated turn opposite Sutton Foster in the musical “Violet” on Broadway. Joshua also garnered Drama Desk, Outer Critics Circle and Drama League Award nominations for his thrilling, show-stopping performance.  He was previously nominated for a Tony Award for his starring role in Susan Stroman’s “The Scottsboro Boys”. Joshua’s other Broadway credits include leading roles in Diane Paulus’ revival of “Porgy & Bess”, Green Day’s “American Idiot” and “In The Heights”.

Sarah Steele will star in The Roundabout Theatre’s “The Humans” after its lauded Off-Browadway run. Other Broadway credits include MTC’s “The Country House” opposite Blythe Danner. Sarah can be seen recurring as ‘Marissa Gold’ on NBC’s “The Good Wife”. Sarah’s upcoming features include “Speech and Debate” as well as “Vienna and the Phantoms” opposite Dakota Fanning. Her breakout role came in James L. Brook’s  “Spanglish” as Adam Sandler’s daughter ‘Bernice’.

In addition to John, Joshua and Sarah, long time client Robert Lenzi will star on Broadway as Miles Tuck in “Tuck Everlasting”.  After graduating from Carnegie Melon University, Bob started his Broadway career at Lincoln Center in “South Pacific”.

Client Jason Hite whose credits include off -Broadway’s “Bare” and television’s “The Good Wife” and “Madam Secretary” will open on Broadway this April in Duncan Sheik’s “American Psycho”.

Client Will Roland will star on Broadway in “Dear Evan Hansen” opposite Ben Platt following a run at New York’s renowned Second Stage.

Client A. J. Shively will star this spring on Broadway in Steve Martin's “Bright Star”. A.J.’s Other Broadway credits include “La Cage Faux” with Kelsey Grammar.

Tony Nominee Charl Brown starred on Broadway as Smokey Robinson in “Motown The Musical” which recently transferred to the West End where he will reprise his role.

As of this writing, long time client Christy Altomare of Broadway’s “Mamma Mia” is in rehearsal for Anastasia, which is due on Broadway in 2017. Newcomer and University of Michigan graduate Ashley Park is currently starring in Lincoln Center’s “The King and I” as ‘Tuptim’.

Charlie Saxton began his career on Broadway in “Cat on a Hot Tin Roof opposite Ashley Judd. He starred on HBO's “Hung” and Amazon’s “Betas”. Charlie can now be seen starring in Fox's “Cooper Barrett Surviving Life”.

Mark formerly starred on ABC in “Ugly Betty” and is set to star in ABC Freeform’s "Dead of Summer".

Her proudest accomplishment was working with her husband Rodney, an acting school director and owner who discovered and trained a great number of the actors mentioned in this biography.

Edie's daughter Lori Robb Weaver was a child actress for many years and toured with Carol Channing in “Hello Dolly”.

Edie's son and co-owner of Station 3 Management, RD Robb, started his career at age 4. He performed in “A Christmas Carol” as ‘Tiny Tim’ to Richard Kiley's ‘Scrooge’; in “Chaplin” as ‘Young Charlie’ with Anthony Newley, and on Broadway with Patty LaPone and Ron Moody in “Oliver”. Additional Broadway credits include the ORIGINAL company of “Les Miserable” as ‘Gavroche’. He will forever be remembered as ‘Schwartz’ in the cult classic film “A Christmas Story” for delivering the immortal line "I Triple Dog Dare You".

Edie Robb is President and Co -Owner of Station 3 Management with offices in New York and Los Angeles.

Emmy nominee and NAACP winner “Grey’s Anatomy” star Chandra Wilson has been a notable client for over 27 years. Chandra made her feature debut in the film “Philadelphia” and appeared in the Broadway productions of “On The Town”, “Chicago “and “Caroline or Change”. Chandra is currently following another path as director of such shows as “Scandal”, “Grey’s Anatomy” and “The Fosters”. 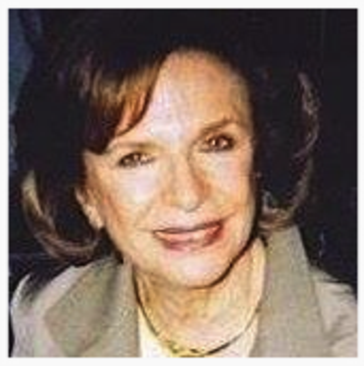