Dee Anthony, legendary music manager and impresario, was born Anthony D'Addario and grew up in the Bronx. In 1944, he joined the Navy serving in the submarine force. During his three years of service he was decorated with three medals – the Victory Medal, the Asiatic Pacific Medal and the American Theater Medal. Anthony then returned to New York City, opened a luncheonette, and followed his passion for show business. He guided the careers of artists as diverse as Tony Bennett, Peter Frampton and Peter Allen.

During a career that spanned over 50 years, Anthony was a seminal figure in the music industry, whose managerial skills helped pave the way and set new standards for rock music. He first gained major prominence when rock and roll began to take off during the mid-1960s. Anthony led the charge in the United States by introducing to the American audience a host of fledgling young British rock bands, such as Traffic, Jethro Tull, Joe Cocker, Free, Spooky Tooth, Mott the Hoople, Savoy Brown and King Crimson, breaking them into headliner status as well as establishing many of those artists in the pantheon of rock. 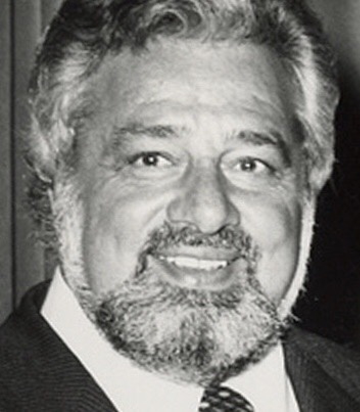 ​​He started his career as a personal manager in the music industry in the 1950s, working with a young Jerry Vale, a neighborhood friend. In 1954, Anthony met singer Tony Bennett at a Yonkers nightclub and went on to represent Bennett for well over the next decade. In 1968, Anthony, with his brother Bill, founded Bandana Enterprises, a global management company that shepherded the careers of artists such as Joe Cocker, Humble Pie, The J Geils Band, MC5, Ten Years After, and Emerson, Lake, and Palmer. But it would be Anthony's management of musician Peter Frampton that would cement his legendary status in the music industry.

Anthony first met Frampton while managing Humble Pie, of which Frampton was a member. When Frampton left the band to pursue a solo career, Anthony continued to manage him, helping to launch one of the most successful solo careers of the 1970s. The double album, "Frampton Comes Alive," would shatter industry records, eventually selling more than 14 million copies worldwide. Anthony would also receive praise from his industry peers, being named "Billboard Manager of the Year" in 1976 and 1977. During the 1980s, Anthony continued to manage music artists including Peter Allen, Basia, and Devo. Anthony retired from the business in the mid-1990s.