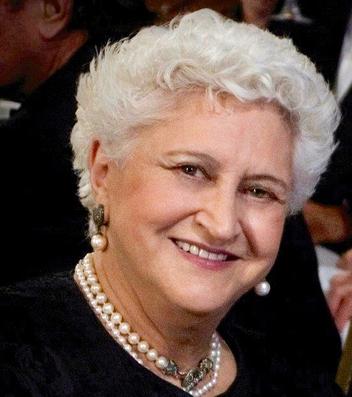 Marion Rosenberg graduated from the Universities of Manchester, England and Grenoble, France. Shebegan her show business career in the Bands and Acts Department of MCA.

From 1960 to 1976 she worked in production on both sides of the Atlantic, on such films as I COULD GO ON SINGING (Judy Garland), THE BEST MAN (Henry Fonda), WHERE EAGLES DARE (Richard Burton and Clint Eastwood) and as Associate Producer on THE MISSOURI BREAKS (Marlon Brando and Jack Nicholson).

In 1976 she became head of EMI Films in Los Angeles, and set up such productions as THE DRIVER, CONVOY and THE DEERHUNTER, on which she served as Associate Producer.

She served as Executive Producer on Columbia’s HOLLOW MAN and in 2001 produced an updated version of Agatha Christie’s MURDER ON THE ORIENT EXPRESS for CBS television. She was the Executive Producer of REVOLUTIONARY ROAD, starring Kate Winslet and Leonardo DiCaprio, directed by Sam Mendes for Dreamworks.  Marion’s most recent production is a documentary entitled STUNTWOMEN – THE UNTOLD HOLLYWOOD STORY, a history of the stuntwomen in our industry from the early black-and-white “flickers” to the multi-million-dollar epics of today.  It will be released in 2019.

She received the Britannicus Award from the British-American Chamber of Commerce in 1996. In 2001, Queen Elizabeth II made her an Officer of the Order of the British Empire (O.B.E.) for services to the British Film Industry.