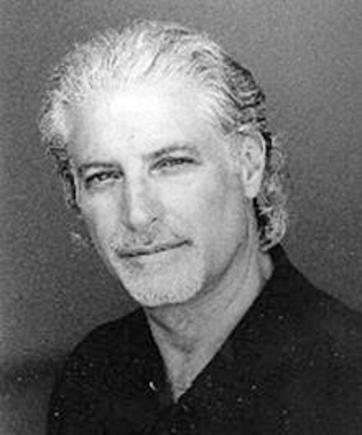 Stone, founded and is president of Something Music record company in partnership with Tony Valenziano and Kevin Day from Rocket Science.

He also founded and ran Rock-it-comics for 5 years.

Stone’s knowledge of the Internet and new technology led him to consult on digital and copyright issues to the RIAA.

Stone leveraged his stature in the entertainment industry during the Internet boom to be a spokesman for the rights of artists whose intellectual property and content were being distributed freely via peer to peer applications like Napster.

When commenting on how file sharing has devalued music, Stone commented: “Music for a generation has become disposable and it used to be a collectible.” Not to mince words, Stone targeted Napster when he said “It is the single most insidious website I’ve ever seen…it’s like a burglar’s tool”

In a Los Angeles Times article on Net Music, Stone was asked to comment on what price consumers would be willing to pay for downloaded music: "Forty-nine cents seems like the appropriate amount," said Ron Stone, president of Gold Mountain Entertainment, an artist management firm. "if you can get kids to spend 49 cents, consider it a gift. Make it 99 cents, you won't sell any, particularly if the singles market is a kids market."  Stone continued to criticize his own industry as well as the Internet when he said “Were kind of stuck in this plantation system with the record companies. And they’re the only games in town. And we looked at the Internet as an opportunity to extricate ourselves from this situation and deal directly with our audience. And now it’s not an option because the option now is we can have the relatively bad contractual arrangement with one of the majors, or we could have our property taken for free. These are very bad choices.”

With Stone's counsel, Napster was sued by the Recording Industry Association of America on behalf of record labels for enabling piracy on an 'unprecedented scale'. In an article in Forbes: The murky legal issue is whether Napster is materially contributing to infringing the copyrights, even if the company doesn't actually store the offending files. "Napster is driving the getaway car," said Ronald Stone, a manager with Gold Mountain Entertainment in Los Angeles. Stone says he has found unauthorized copies of every single one of his artist's songs through Napster. With a group of other artists management and the RIAA, ran a series of television, radio and Web commercials urging the public to stop using the trendy program.

Stone worked as a consultant on digital and copyright issues to the RIAA. Stone along with Noah Stone formed the first artist driven coalition against piracy, Artists Against Piracy and he was part of the formation of The Recording Artists Coalition.

Stone currently resides in Vail, Colorado with his wife of 51 years.

Artists Ron has managed or worked with:

​Ron Stone is an American personal manager, and musician's advocate. Stone is outspoken on Internet piracy and has influenced legislation on the issues of digital music, file sharing, and musician's intellectual property distribution rights.

​Stone began his career during music’s ‘golden age’ in 1968 at Geffen and Roberts Management alongside industry names such as David Geffen, Elliot Roberts, and Irving Azoff where Stone managed the careers of Neil Young, Joni Mitchell, The Eagles, Crosby, Stills, Nash and Young, Bob Dylan, The Band, Devo and America and Tom Cochrane.