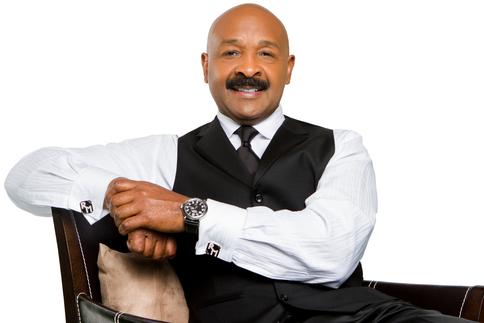 Rushion McDonald is the architect behind the Steve Harvey global media brand! In 2000, with Steve as the hot “Hollywood Talent” and Rushion as the rising “Hollywood Producer,” they launched the Steve Harvey Morning Show on a local Radio One station in Los Angeles. The morning show quickly rose from 19th Place to 1st Place in the Los Angeles Market in three months.

Throughout the years Rushion McDonald has used his mathematics degree and marketing talents he developed at IBM, to grow the Steve Harvey media empire. Rushion was responsible for negotiating the following deals:

2014 and 2015 were exceptional years for Rushion McDonald in regards to personal achievement. He was honored with the Living Legends Entrepreneur Award for his body of work in both radio and television. As executive producer of “The Steve Harvey Talk Show,” Rushion was presented with several prestigious honors – NAACP Image Awards and Daytime Emmy Awards.

Rushion McDonald’s Alma Mater, University of Houston, recognized him as a 2015 Distinguished Alumni at their 61st Annual Awards Gala in Houston, TX.