When it signed Mr. Crystal in the 1970s, he was struggling as a member of a comedy act called 3’s Company while moonlighting as a substitute teacher on Long Island. Mr. Rollins told him he should work alone; Mr. Joffe handled his contracts. By 1985, Mr. Crystal was earning $25,000 for each “Saturday Night Live” show, a sum that, as his character Fernando would say, was “mahhh’vlous.”

Mr. Joffe “excels at nailing down the big money in negotiations,” an article in The New York Times said that year.

Eric Lax, author of “Woody Allen: A Biography” (Alfred. A. Knopf, 1991), said in an interview Monday that starting with Mr. Allen’s movie “Take the Money and Run,” in 1969, “Charlie was able to guarantee Woody total artistic control over his films, something almost unheard of in Hollywood.”

“Woody got casting approval, script approval and final cut,” Mr. Lax said, “and he’s kept it ever since.”

Mr. Allen’s films are billed as Jack Rollins and Charles H. Joffe productions. But it was Mr. Joffe, as his manager, who traveled with Mr. Allen when he began acting and, later, making movies.

Charles Harris Joffe was born in Brooklyn on July 16, 1929, the son of Sidney and Mae Popper Joffe. His father was a pharmacist. His mother died when he was in his 20s, and his father remarried.

Mr. Joffe graduated from Syracuse University in 1950. While a student there, he ran a business managing and booking bands into local nightclubs. After graduating, he moved to New York and was hired by the MCA talent agency. Three years later he went to work for Mr. Rollins; by the early 1960s he was a partner.

Mr. Lax said Mr. Joffe’s advice to Mr. Allen could be blunt, in a fatherly kind of way. In 1966, when Mr. Allen was playing James Bond’s illegitimate nephew in “Casino Royale,” a spoof of the Bond thrillers, he became very frustrated.

“Woody saw the dailies and said, ‘This stuff is just awful,’ ” Mr. Lax said. “And Charlie said, correctly: ‘You’re trying to get into the film business. It’s going to be a big picture, and you’re in it with a lot of stars. You’re having a nice time in London, playing poker every night, visiting all the museums. Just shut up.’ ”

In addition to his stepmother, Esther Joffe, and his wife, the former Carol Holofcener, Mr. Joffe is survived by a son, Cory; two stepdaughters, the film director Nicole Holofcener and Suzanne Joffe; and three grandchildren. 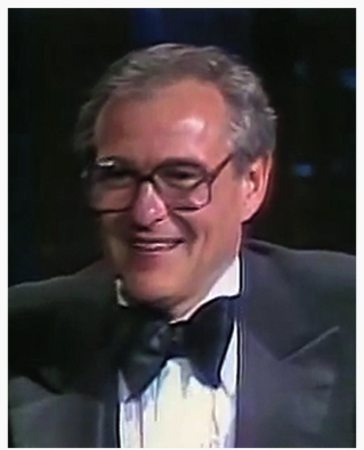 Charles H. Joffe was a co-producer of Woody Allen’s movies and a personal manager who guided the budding careers of a host of high-profile comedians that also included Robin Williams, Billy Crystal and David Letterman.

In 1978, when Mr. Allen’s “Annie Hall” won the Academy Award for Best Picture, it was Mr. Joffe who picked up the Oscar at the ceremony in Los Angeles while Mr. Allen remained in New York playing clarinet in a gig with his jazz band.