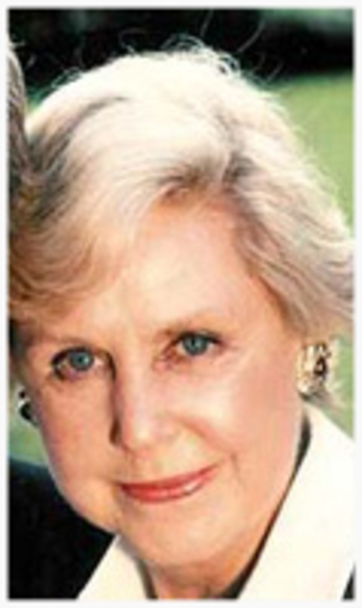 Patricia "Pat" McQueeney was new to the business of personal management in Hollywood in 1970 when a producer called one day to tell her about a twentysomething actor whom he considered enormously talented. Could she try to help him?

McQueeney later recalled her first meeting with Harrison Ford, who at the time was getting more work as a carpenter than as an actor. When he arrived at her office in jeans and a T-shirt, she recalled, Ford did not look particularly pleased to be there.

"He sat on the couch in my office with his hands clasped between his knees and his head down looking up at me, glowering at me like he's inclined to do if he's not comfortable," McQueeney recalled in a 1994 interview with Daily Variety. "And I sat there looking at him, thinking, 'What in the world am I going to do with him?' "

So began McQueeney's 35-year professional relationship with Ford, an unusually long one in Hollywood. It ended with McQueeney's death after a brief illness. She was 77.

The ruggedly handsome Ford, of course, went on to receive a career boost playing cruiser Bob Falfa in George Lucas' 1973 hit "American Graffiti," then soared to superstardom as Han Solo in Lucas' "Star Wars" and as Indiana Jones in Steven Spielberg's "Raiders of the Lost Ark."

McQueeney, who had previously worked at Compass Management, launched McQueeney Management Inc. in 1973.

In 1986, she began representing Ford exclusively -- and for the next 14 years she served as his agent.

In 2000, when he received the American Film Institute's Life Achievement Award, the soft-spoken Ford singled out his longtime manager in his acceptance speech, thanking her for her "wisdom, counsel, charm and professionalism."

For her part, McQueeney took little credit for Ford's phenomenal success. As she told Daily Variety, "People say to me, 'You've done a great job with his career,' but I disabuse them of that notion immediately. This is his career. He's done it and gets full credit."

"Luck certainly has a lot to do with any kind of success," Ford told The Times. "But on the other hand, this is a business in which relationships are very important. And also there is oft times a degree of complexity to those relationships. She was always able to represent my point of a view in a way that made it palatable to whoever she was dealing with."

McQueeney, Ford said, was a "straight shooter" who had "great personal dignity and charm, and she had a wonderful reputation."

"She was very savvy about people and about the business that we're in," he said. "I don't know if I should say this, but she was a great broad. She was just one of those terrific people liked by nearly everyone that she dealt with, except for those people she had to beat up, and she was good at that as well.

"She was fair and honest and steadfast and classy, really classy," he said.

In a career in entertainment that spanned five decades, McQueeney worked first as a top New York model under the name Patricia Scott.

She became a familiar face on television as a spokeswoman for Revlon, AT&T, Eastman Kodak and other accounts.

As Scott, she also appeared regularly on NBC's "Today" show with Dave Garroway and other hosts in the early 1960s.

She moved to California in 1964 and continued to work in television commercials before going into personal management.

Born Patricia Noonan in Bridgeport, Conn., McQueeney married actor Robert McQueeney at 17 and moved to Queens, N.Y. The couple had three children during their 12-year marriage.

In 1982, she was appointed to represent personal managers on the California Entertainment Commission, which was responsible for rewriting the rules and regulations governing personal managers and talent agents in the state.

She served on the board of directors of the Blue Ribbon 400 and was a member of the Founders group of supporters at the Los Angeles County Music Center.

McQueeney also was on the boards of directors for the Grossman Children's Burn Center and the Children's Bureau of Southern California, in addition to being an active supporter of the City of Hope.

She is survived by her three children, Bryan McQueeney, Kathleen Reynolds and Barbara McQueeney; and six grandchildren.