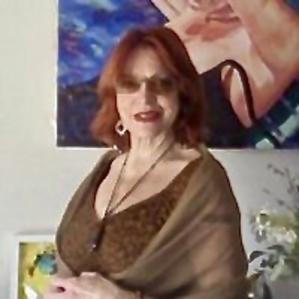 She formed a Prison Release Program and created a Community Outreach which brought knowledge of college to the grassroots level via an active one-on-one Tutoring Program for children from South Boston. Extremely active in that community, in 1969, she started "Help Educate Little People", which had college-supervised, community youth, working with children in their own community; a program that built both pride, and new role models. This Outreach Program was also very involved in the rehabilitation and support of returning Viet Nam soldiers who were returning to their community with little or no resources.

Ms. Robb became very active in the Woman's Movement and began to hold Therapy Weekends for Women of all ages. This lead to a Series of Seminars and larger group presentations. It was obvious from her experience that she needed to have a greater impact to change the wrongs she'd encountered in her various jobs.

She headed for New York City where she interviewed for and landed a job with a major publishing company. Working with them for five years, she was named "Sales Person of the Year" and became a Regional Sales Manager covering fourteen Western States, including Hawaii. Learning how to build a business out of the trunk of her car, she was on the road more than at home.

After five years with the publishing company, Ms. Robb received a phone call from Bart Andrews of "I Love Lucy". He stated that he had followed her career and was interested in not only having her as his Literary Agent but wanted to form a partnership and combine their two skills. Andrews & Robb Agency was formed in 1981.

Within the first year of operation they had their first New York Times Bestseller, Mary Wilson's globally recognized "Dreamgirls". Michael Jackson's biography, "Michael!", by Mark Bego, came on the heels of this success, selling three million copies worldwide. Based on an idea that Ms. Robb developed while listening to this beloved celebrity talking about how her pets helped her through the loss of her husband, Alan Luden, she came up with "Pet Love" which launched Betty White's book career. She also accompanied Ms. White to Canada for her book promotion.This was only one of the ideas that she turned into a finished book, including "Dr. Mom", a book which Ms. Robb came up with the National Campaign...'Move Over Dr Spock...'.

It was during this time that a huge manuscript was sent to the company. Difficult to dissect, she pulled the pages apart and created a Book Proposal and sent it off to ten publishers. Every one rejected it saying it was too disturbing.

The one editor left sent a note saying, "If this manuscript is still available, I do not want to- but am compelled to buy it. It needs a lot of work and it will be draining, especially after editing another true crime book". The rest is history. This was Robert Graysmith's "The Zodiac Killer", a book that twenty years later became a Mike Medavoy / David Fincher film starring Robert Downey, Jr. Ms. Robb has always been a woman ahead of her times, but has been up to the task of fighting for her artists when she feels passionate about their idea, no matter how innovative.

Ms. Robb was the major marketing arm of the company. In that capacity, she spent time in New York meeting with editors, selling and negotiated all book deals. She also represented their company in Germany each year at the Frankfurt Book Fair. During their business adventure together they had a total of nine national bestsellers. They proudly launched the writing careers of over two hundred first-time writers, including those that received international attention.

Wanting to expand into film from book rights and original scripts, as well as into the field of actor representation, Ms. Robb broke from Bart Andrews in 1989 and began her own agency, AFH Talent Agency. Her staff consisted of two literary agents, a talent agent and associate and ten interns from around the world.

The office was a beehive of activity from the day of its opening, and during this time their actors appeared on all the major television shows, both sitcoms and episodics, MOWs and mini-series. Their literary division launched the film and television careers of new writers, including Ronald D. Moore. His first scripts sold to "Star Trek: Next Generation", which lead him to becoming a producer. Since then, Mr. Moore created and produced "Battlestar Galactica" at MGM.

Considered an expert in the area of Book Rights, she was called into to consult with the legendary CAA Agent, Roland Perkins, on his potential book adaptations and deals.

In 1993, tragedy struck when Ms. Robb suffered complicated congestive heart disease, and for a decade fought for her life, dying twice and spending much of these years in and out of six hospitals.

However, ready to tackle the industry again, and excited to return to her life career of representing artists, Ms. Robb formed The Robb Company in 2003. And the rest, as they say, is her story !

Sherry Robb, who has a BA from Whittier College, and a MSW from Smith College, has been many things; and idle isn't one of them.

She began as a Therapist at Mass General Hospital in Boston where she headlined creating a Youth-to-Youth Program helping teens going through major, long-term surgery to integrate back into their communities. She also taught a unique curriculum she created, "A Human Approach To People" at Boston State College and Tuft's University. She was also a professor at Tufts Program in which she trained psychiatrists the art of tuning into human needs. Sherry was active at the University of Massachusetts' "University Without Walls" in Amherst. While there, she became the Dean of Students of College Three of University of Massachusetts and developed a Daycare Center for Women with children entering or re-entering college.
​