As a young man, Barry Bergman was hanging out at Greenwich Village coffee houses and listening to music while studying marketing and management at New York University. After graduation, unsuccessful attempts to get employed in the music business sent Barry further downtown where he became a stockbroker with Steiner, Rouse & Company. While employed on Wall Street, Barry created Free Enterprise Music Company, a record production and publishing company, signing recording artists and songwriters.

​Several minor successes and successful networking landed Barry his first full-time job in the music business, in 1975, for the well-established publishing company, Edward B. Marks Music. He signed several big artists and played a key role in the launching of the careers of Meat Loaf, AC/DC, John Paul Young, Flash and the Pan and many others.

​In 1979 Barry joined United Artists Music as the Vice President of Creative Affairs, where he was responsible for the direction and promotion of the recording careers of writers, artists and self-contained groups signed to United Artists. 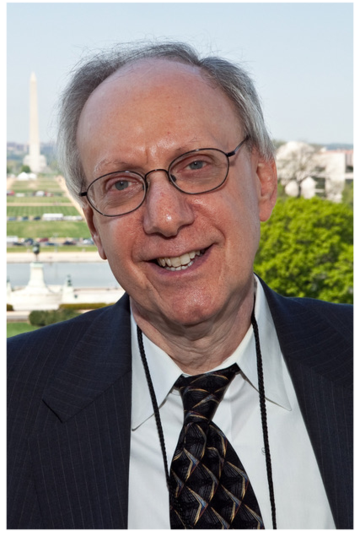 Barry has published more than 250 songs recorded by various artists including Michael Bolton, Cher, Kiss, Joan Jett and many others. Three of his biggest hit singles were “Don't Shed A Tear‚” recorded by Paul Carrack on Chrysalis, “Don't Close Your Eyes‚” by Kix on Atlantic and “Love Travels” by Kathy Mattea on Mercury.

Barry was retained as an expert witness in the well-publicized music industry trial of‚The Cameron Organisation vs. Marie Dixonand has been hired as a consultant in several music industry disputes.

On July 20,1993 Barry founded and became president of the International Managers Forum in the United States. The IMF was formed to further the interests of managers and their artists in all fields of the music industry, to provide a forum to discuss the issues and problems facing the music industry manager and to educate and disseminate information regarding areas of interest to managers.

June 28, 1995, representing the International Managers Forum, Barry testified before the House Judiciary Subcommittee on Courts and Intellectual Property in a hearing on H.R. 1506: "Digital Performance Right in Sound Recordings Act of 1995." Through his efforts and other industry leaders, President Bill Clinton signed this bill into law on Nov. 1, 1995. This made it possible for Artists to eventually collect digital royalties.

The IMF renamed itself  the Music Managers Forum, and Barry headed back to Washington D.C. in an effort to roll back a provision inserted by the Recording Industry Association of America into the Satellite Home Viewer Improvement Act of 1999 whereby all sound recordings were made works-for-hire and artists lost their rights to reclaim ownership of their master recordings beginning in 2013.

The MMF along with several other artist rights groups convinced Congress and the RIAA of the need to repeal the controversial change to U.S. copyright law, and Bergman claimed another victory.

On May 25, 2000, Barry Bergman submitted written testimony to Congress in connection with the Hearing on Public Law 106.13 re: “Works Made For Hire”, where Bergman, along with the MMF-US members, worked feverishly with a coalition of other industry groups and succeeded in efforts to rescind without prejudice the 1999 “Work For Hire” amendment to the copyright law.

In November of 2001, six years of work came to fruition when Barry signed on behalf of the MMF, a landmark agreement whereby SoundExchange, the collection and distribution agency for Artists digital sound recording performance license fees, along with the major labels and artist groups, agreed to pay artist performance royalties directly to performers. This landmark agreement would also place SoundExchange under the joint control of recording artists and record companies. This was a momental win for recording artists and their managers, who historically received no performance rights of any kind in the United States.

On October 24, 2003, Barry was honored at the United Nations for his leadership as President and Founder of the Music Managers Forum-US. Over 150 people from around the world attended the gala.

Since 2007, Barry has represented the MMF-US as a founding member of the musicFirst Coalition.The organization is working towards ensuring music creators receive fair pay for their work wherever and however their music is played.

He continues to reside in New York City where he teaches the seminar series, “Music Industry Secrets You Can’t Google,” inspiring and empowering current and future leaders in the music industry.