Born and reared in Staten Island, he attended Fordham University and later worked as a fireman before embarking on his half-century career in the entertainment business, which included producing more than 4,000 concerts and a 22-year run as the exclusive entertainment consultant for numerous cruise lines, casinos and theaters.

For more than 30 years (1971-2002), Mr. Purcell served as President of the National Conference of Personal Managers. He was a strong national advocate for the legal interests and rights of personal managers. AS NCOPM President, Mr. Purcell lobbied for changes to the California Labor Code, which resulted in the Artists Manager Act being amended to the Talent Agencies Act;  lobbied for the “incidental booking” exception for personal managers in New York licensing laws; plus lobbied to stop Connecticut from imposing a sales tax on personal managers.

He is survived by his wife, actress-author Monique Van Vooren, and his son, entrepreneur Eric Purcell. 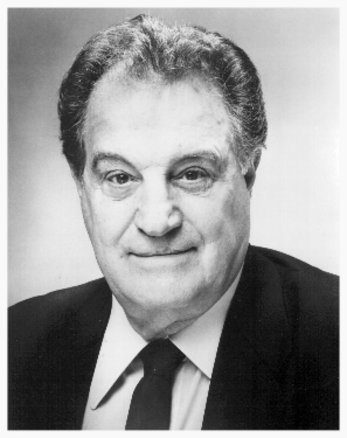 Gerard "Jerry" Purcell was a longtime personal manager, record and television producer and concert producer with more than 50 years experience in the entertainment industry.

During the early 1950s, he produced TV shows for Perry Como, Red Skelton and others before opening his own personal management company, Gerard W. Purcell Associates, where his roster of clients included Al Hirt, Hugo Montenegro, author Dr. Maya Angelou, songwriter Gale Garnett and poet Rod McKuen. He also served for more than 35 years as the personal manager for country star Eddy Arnold and is credited with discovering comedian Jay Leno.

He got Perry Como to record ''Faraway Places'', ''Love Somebody'' for Doris Day, ''Java'' for Al Hirt, ''Make the World Go Away'' for Eddy Arnold and ''I Honestly Love You'' for Olivia Newton-John.