In late 1969 after Cosby closed his company Wald and Ron DeBlasio formed their own company and added George Carlin to their roster. Wald was responsible for talking George into changing his image and signed George to Flip Wilson’s Little David record label. George’s album was the label’s first platinum album.

In 1971 Jeff obtained a record deal with Capitol Records for his wife Helen Reddy. They had married in 1966 and it took five years to get her a record deal.

Wald decided to go out on his own and devote all his time to building Helen Reddy’s career. During most of the seventies she was one of the biggest selling female artists of the seventies winning a Grammy for her iconic anthem I Am Woman one of her 14 hits and her first of four number ones.

In 1986 Wald became President of Barris Industries, which then became Guber Peters. Sony bought the company and Wald stayed on until 1991.

Wald has been active in many charities and politics. Jeff was a Jerry Brown delegate to the 1976 Democratic convention and a Kennedy delegate in 1980. Wald was appointed to a four-year term by Jimmy Carter to serve on the board of the USO. Jerry Brown appointed him to the Board of Economic Development for the State of California. Wald also served 6 years as a Mayor Bradley appointee to the Organizing Committee for the 1984 Los Angeles Olympics. Jeff has served on the Board of Governors of Cedars Sinai Hospital, USC and the Betty Ford Center. Wald was an active fundraiser for Jerry Brown as Attorney General of California as well as his recent victory as Governor.

Jeff produced a musical version of the iconic movie Casablanca, called ‘Casablanca The Dance’ which had its debut in Beijing in front of the President of China as well as most of the Government. While in China Jeff discovered an exciting show called Shangri-La. He brought 75 dancers and singers to the United States and played in Louisville, Kentucky and Cincinnati, Ohio. The Chinese had no concept of unions, or overtime and Wald ‘lost his ass’ and consequently sent the cast and crew back to China!

Wald is currently CEO of Aria Multimedia Entertainment and Creston Enterprises, whose company has produced and published 2 coffee table books the first being THE OFFICIAL MICHAEL JACKSON BOOK and of the well-reviewed HIP HOP A CULTURAL ODYSSEY both edited and created by Jeff’s son Jordan Sommers and photo edited by his wife Deborah.

Jeff is now involved in several partnerships developing both scripted and reality television projects, 2 feature films and 2 live events. After appearing in over a dozen books written by other people, Jeff decided to write his own memoir  which he hopes to finish before he dies!

Wald has two adult children Traci and Jordan from his marriage to singer Helen Reddy and is grandfather to Traci’s18 year old daughter Lily. He is married to photographer and photo editor Deborah since 1990 and they have a beautiful 18-year-old daughter, Sarah. 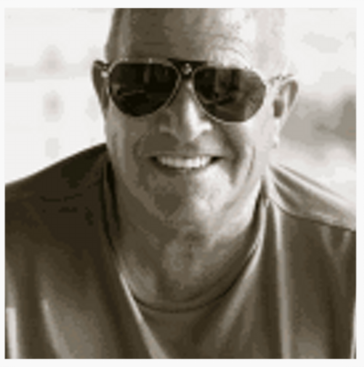 Jeff S. Wald has been an innovative power in the entertainment business since 1964. He is a product of the famous William Morris Agency mailroom, which produced David Geffen, Barry Diller, Jerry Weintraub, Ron Meyer, Bernie Brillstein and many others.

In 1967 Wald moved to Chicago and became the talent buyer for Mister Kelly’s, The London House, and the Happy Medium.

In 1968 Jeff moved to Los Angeles under the auspices of Bill Cosby to work at building a management company for Campbell, Silver Cosby. The start up company signed an unknown Tiny Tim, as well as the Deep Purple and The Turtles.