Thompson has produced 20 movies for television, five theatrical motion pictures, two television series, 11 television specials and various series pilots.  His movies made for television include: the high-profile Elizabeth Taylor and Richard Burton biopic, Liz & Dick, starring Lindsay Lohan and Grant Bowler; the highly acclaimed Lifetime Movie, Amish Grace; the ABC World Premiere And The Beat Goes On: The Sonny and Cher Story; CBS’s Lucy and Desi:  Before The Laughter; and CBS's The Woman He Loved (The historical Royal romance of the Duke and Duchess of Windsor).

Thompson has received the prestigious Heller Award for Lifetime Achievement in Talent Management and the Industry’s esteemed Vision Award.  His productions have won two Accolade Awards, two Imagen Awards, The Epiphany Prize, The Wilbur Award, The Christopher Award, and have received Nominations for eight Emmys, six Imagen Awards, two Prism Awards, the Humanitas Prize and a Golden Globe.  He serves on the Advisory Boards of The Delta Blues Museum, Paulist Productions, and Good News Communications (Movieguide Awards®). He is perennially listed in Who’s Who In America and Who’s Who In The World.

Personal Quote: "You can't get hit by lightning if you're not standing out in the rain." 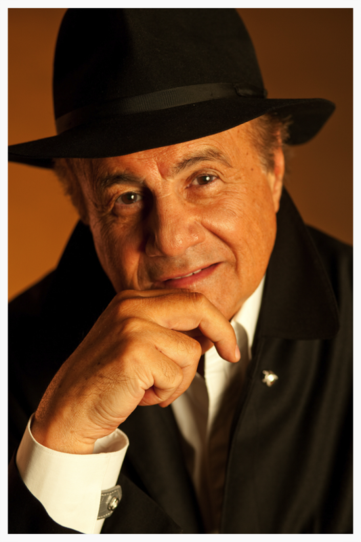