Self-taught as a businessman, Mr. Levy cultivated bonds of trust with his clients, preferring a handshake to a formal contract. At a time when jazz musicians were often at the mercy of inequitable deals with club owners, record labels and publishing houses, he earned a reputation for clear-eyed tenacity.

In dealing with artists it didn’t hurt that Mr. Levy was an accomplished jazz musician himself. In the handful of years before he became a full-time manager, he had accompanied Billie Holiday at Carnegie Hall; worked with the tenor saxophonists Don Byas and Lucky Thompson; and recorded in a trio with the pianist Lennie Tristano and the guitarist Billy Bauer. He anchored Shearing’s modern but accessible quintet. And he was on one of the first recordings by the pianist Erroll Garner.

John Levy was born on April 11, 1912, in New Orleans. His father, John, was a railroad engine stoker; his mother, Laura, a midwife and nurse. Mr. Levy said he was largely reared by his grandparents. When he was 5 his family moved to Chicago, taking an apartment above the Royal Gardens, a dance hall that featured New Orleans jazz. He became a bassist in his teens after dabbling in piano and violin; the bassist Milt Hinton, though only a few years older, was a mentor.

Mr. Levy found his foothold in the Chicago jazz scene while working a day job at the post office, running a small-time numbers racket and starting a family with his first wife, Gladys. He bought a cheap plywood bass, painted white, that would serve him through most of his musical career. Through the black musicians’ union he landed a gig with the violinist Stuff Smith, who ended up bringing him to New York.

The Stuff Smith Trio, also featuring the pianist Jimmy Jones, held a steady engagement at the Onyx Club on 52nd Street, beginning in 1944; from time to time the tenor saxophonist Ben Webster would join as a special guest.

Mr. Levy had no problem finding subsequent work, especially once he formed a working partnership with the drummer Denzil Best, his band mate in the Shearing Quintet. The two hired themselves out as a rhythm section.

Mr. Levy’s first three marriages ended in divorce. He is survived by his wife Devra Hall Levy; his son, Michael; his daughters Pamela McRae, Samara Levy and Jole Levy; 15 grandchildren, and many great-grandchildren. His second wife, Gail Fisher, was among the first black actresses to have a prominent role in a primetime dramatic series, “Mannix.” She died in 2000.

In 2006, the National Endowment for the Arts recognized Levy as a Jazz Master, the nation’s highest jazz honor. 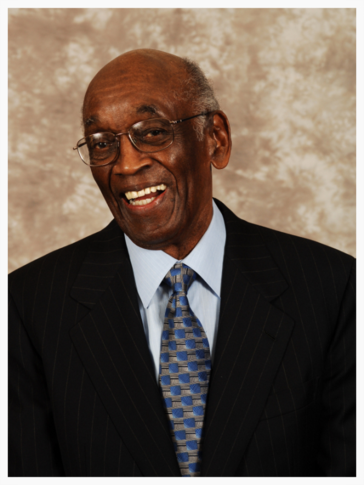 Widely credited as the first African-American personal manager in jazz, Mr. Levy entered that profession by happenstance: he was a member of the original George Shearing Quintet in the late 1940s, and by virtue of his diligent practicality, he gradually found himself entrusted with most of the group’s business decisions. He established his management company, John Levy Enterprises, in 1951; Shearing, the British pianist then still riding the momentum of an international hit, “September in the Rain,” became his first client

He would go on to represent singers like Betty Carter, Abbey Lincoln and Shirley Horn; pace-setting bandleaders like Ahmad Jamal, Ramsey Lewis, Freddie Hubbard and Herbie Hancock; and crossover stars like Roberta Flack and Les McCann.