In a case brought by Marathon Entertainment (Siegel's management firm) after he sued Rosa Blasi for unpaid commissions and she then petitioned the Labor Commissioner, asking for relief from her contractual obligations based on his alleged actions as a talent agent without the requisite license, the California Supreme Court found that the Labor Commission had wrongly not been incorporating severance when adjudicating Talent Agencies Act controversies.

Siegel has written multiple articles related to the TAA that have been published by the Los Angeles Daily Journal, the regional trade paper for the legal field, including one the newspaper titled, "A Generation of Incorrect Talent Agencies Act Rulings"[18] where Siegel showed how the current interpretation conflicts with four California Supreme court holdings.

Rick Siegel founded and edited LaughTrack magazine, which had a 550,000 circulation and was handed to patrons at every major comedy club in the country,[ similar in manner to how Playbill is distributed to audiences at Broadway Shows. Under Siegel's direction, LaughTrack was the first national publication to write about comic luminaries such as Tim Allen, Larry David, Drew Carey, Ellen DeGeneres, Jonathan Katz, and Bill Hicks.

In 2008 Siegel and his wife, Jennie Nigrosh, invented a reusable dry cleaning garment bag[24] and began to market the bag under the banner of The Green Garmento®.

In 2009, The International Housewares Show honored The Green Garmento with its DESIGN DEFINED 2009 designation and the International Hotel, Motel and Restaurant Show nominated The Green Garmento for one of its Editors' Choice Awards. In 2011, Entrepreneur Magazine called The Green Garmento, "One of the 100 Genius Companies To Watch." Siegel and Nigrosh are also co-inventors of the Gargantote (US Patent No. 3369584), a reusable flat-bottomed laundry bag, and the Hawk Hanger, (US Patent No. 9,414,703), a clothes hanger that lowers the carbon footprint, production, shipping and storage costs.

Siegel penned a column about business, "The High Road," which first was carried by American Drycleaner and later by Cleaner and Laundry, two trade publications for the dry cleaning and laundry industries. He has also written several columns published by The Huffington Post about the 2008 Presidential Election. 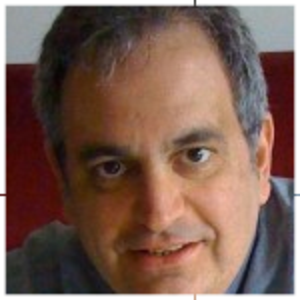 Rick Siegel is a former stand-up comedian who is best known for his legal efforts that made the California Labor Commission change their interpretation of how the California Talent Agencies Act ("TAA") is enforced. Siegel created LaughTrack, a national magazine about stand-up comedy, and later became a personal manager for comic performers, actors and writers Most recently, he has created several environmentally-friendly products focused on the dry cleaning industry.