By now living in Los Angeles, Brillstein formed The Brillstein Company in 1969. There, he continued to manage stars and develop television programming. He produced such popular television hits as Hee Haw, The Muppet Show and Saturday Night Live.

Brillstein later became manager of SNL alums Gilda Radner, John Belushi, Martin Short, and Lorne Michaels, as well as Jim Henson (of Muppets fame) and Paul Fusco (voice and operator of ALF). He produced such other television shows as Alf: The Animated Series, and Normal Life. He was also exclusive producer to the animation sequel The Real Ghostbusters (based on the hit movie).

In the 1980s, he met Brad Grey at a television convention in San Francisco. In 1991[4] the two formed a production company, Brillstein-Grey Entertainment, which packages programming and manages talent. They were responsible for such shows as NewsRadio, Just Shoot Me!, The Larry Sanders Show and The Sopranos. As executive producer, Brillstein has been responsible for such successes as The Blues Brothers, Ghostbusters, Dragnet, Ghostbusters II, Happy Gilmore and The Cable Guy. Brillstein sold his shares in the company to Grey, his one time protégé, in 1996. Grey sold his interest in the company in 2005. He also represented Nick Swardson for six years prior to his death.

Brillstein's 1999 memoir, Where Did I Go Right?: You're No One in Hollywood Unless Someone Wants You Dead, was co-written with David Rensin. Two years later, he received the honor as recipient of a star on Hollywood Walk of Fame, on April 18, 2001.

On the evening of August 7, 2008, around 9:00pm, Brillstein died of chronic obstructive pulmonary disease at a Los Angeles hospital. He is survived by his wife Carrie, daughters Leigh and Kate Brillstein, and three sons, Michael Brillstein, and David and Nick Koskoff. 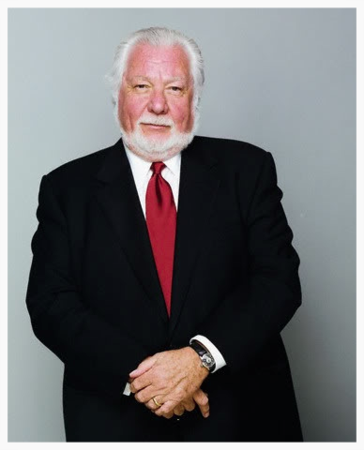 Bernard Jules "Bernie" Brillstein (April 26, 1931 – August 7, 2008) was an American film and television producer, executive producer, talent agent and personal manager. Brillstein was born in Manhattan, to Moe and Tillie Brillstein, who all shared the Manhattan home of his uncle, the vaudeville and radio performer Jack Pearl.

Brillstein attended Stuyvesant High School, graduated from New York University, and later served in the military. Brillstein earned his way into show business in the mailroom at the William Morris Agency (WMA) in New York. He worked his way up to talent agent and by the 1960s he was a manager-producer of television programming for the company. Still associated with WMA, in 1964 he joined Management III to continue talent management. In the 1960s, he also co-founded the vocal group The Doodletown Pipers.