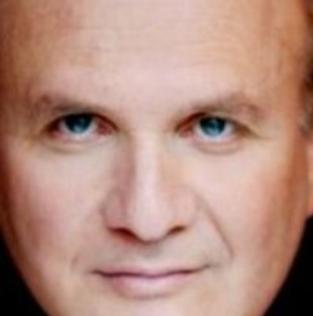 He also managed Ms. Schlamme, the singer Karen Akers, the dancer Jose Molina and the cabaret performer Mark Nadler, among others.

But few of his efforts compared with Mummenschanz.

Mr. Shafman first saw Mummenschanz in 1972 while he was on vacation in Switzerland. Impressed by the troupe’s novel and witty approach to mime, he asked afterward if he could manage the performers and take them to New York. They said yes.

After a few short, successful runs in the city, the group — two Swiss men and one Italian woman — returned to New York in 1977 for a four-week run at the Bijou Theater. They ended up staying for more than 1,320 performances, at the time one of the longest runs on Broadway — and surely one of the least likely.

Reviewing an early show in the 1977 run, Richard Eder wrote in The New York Times that the group displayed “perfectly mastered gestures, a prodigal inventiveness and the almost frightening innocence of discovery.”

Mr. Shafman said his hunch about Mummenschanz was informed by years of hard work and sharp observation of the theater business. He sold lemonade in a theater at age 13, then moved on to checking coats. He later became a manager for a concessionaire. He was in the Army in the 1960s when he first saw Mr. Molina’s dance company and asked if he could manage his American tours.

“Everything I learned, I learned on my own,” Mr. Shafman told The Times in 1977. “I asked all the questions. I listened to the answers. I used to go backstage, observing, hanging around. I learned. I learned immediately.”

Arthur Benjamin Shafman was born on April 15, 1939, in Brooklyn. He graduated from Samuel Tilden High School before attending the American Academy of Dramatic Arts.

Besides his wife, his survivors include a sister, Susan Balsam.

For several years, Mr. Shafman produced many distinctive performances at the 365-seat Bijou on West 45th Street, before it was torn down in 1982 to make way for the Marriott Marquis hotel. In 1981, the theater offered “Shakespeare’s Cabaret,” a collection of Shakespearean songs and sonnets set to contemporary music.

In 1981, he brought another unusual act, the French puppetry of Compagnie Philippe Genty.

“This isn’t a kiddie show,” he said. “It’s an adult show that kids can enjoy.”

Arthur Shafman, an ambitious concert and theater producer who spotted an obscure Swiss mime troupe at a cafe in Zurich in the 1970s, brought it to Broadway and watched it become one of the longest-running shows in history — Mummenschanz — died on July 28, 2014,  in Palm Springs, Calif. He was 75. His wife, Jill Gordon Joseloff, said the cause was pancreatic and liver cancer.

Mr. Shafman, who also managed artists, worked with many prominent performers over his long career, helping to stage well-received late-career appearances by Red Skelton at Carnegie Hall in the 1970s and, in the 1980s, Martha Schlamme and Alvin Epstein’s cabaret shows of Kurt Weill music and the singer Sandra Reaves-Phillips’s “Late Great Ladies of Blues and Jazz.”