Brian Samuel Epstein was an English music entrepreneur, best known for managing the Beatles, but also managed Cilla Black, The Cyrkle, Bill J. Kramer and the Dakotas and Gerry and the Pacemakers.

Epstein first discovered the Beatles in November 1961 during a lunchtime Cavern Club performance. He was instantly impressed and saw great potential in the group. Epstein was rejected by nearly all major recording companies in London, until he secured a meeting with George Martin, head of EMI's Parlophone label. In May 1962, Martin agreed to sign the Beatles, partly because of Epstein's conviction that the group would become internationally famous.

The Beatles' early success has been attributed to Epstein's management style, and the band trusted him without hesitation. In addition to handling the Beatles' business affairs, Epstein often stepped in to mediate personal disputes within the group. 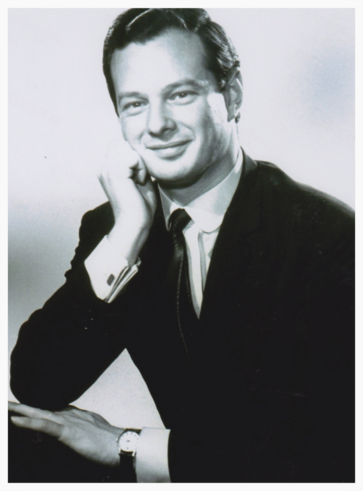 The Beatles' unquestioning loyalty to Epstein later proved detrimental, as the band rarely read contracts before signing them. Shortly after the song "Please Please Me" rose to the top of the charts in 1963, Epstein advised the creation of Northern Songs, a publishing company that would control the copyrights of all Lennon–McCartney compositions recorded between 1963 and 1973. Music publisher Dick James and his partner Charles Silver owned 51-percent of the company, Lennon and McCartney each owned 20%, and Epstein owned 9%. By 1969, Lennon and McCartney had lost control of all publishing rights to ATV Music Publishing. Still, Epstein's death in 1967 marked the beginning of the group's dissolution and had a profound effect on each Beatle. In 1997, Paul McCartney said, "If anyone was the Fifth Beatle, it was Brian."

Epstein's influence on the Beatles and his complicated personal life continue to provoke controversy. In 2012, Tom Hanks announced that his production company Playtone will back a biopic of the famed Beatles manager. They describe the film as "the story of a man who threw the biggest party of the 1960s, but ultimately forgot to invite himself."

In 2013, author Vivek Tiwary released the graphic novel The Fifth Beatle: The Brian Epstein Story. A film of the same name was scheduled for release in 2014, originally to be produced by Bruce Cohen and directed by Peyton Reed. Tiwary said about that project that the film would "be less a music bio and more of an inspirational human-interest story about an outsider". Tiwary, Stuart Ford, and Simon Cowell went on to co-produce a film by that name, said to be set for release in 2016. Tiwary, credited as the film's writer, wrote at the IMDb: 'His story will unfold via a mixture of history, fantasy, allegory, dream sequences, and hallucinations"