​
Ms. Pinn worked with Marga Gomez’s one-person plays, Memory Tricks, A Line Around the Block and Marga Gomez is Pretty, Witty & Gay, which have been produced, both nationally and internationally, at theatres from NY's Public Theatre and LA's Mark Taper Forum to Montreal's Just for Laughs and The Edinburgh Festival. Her work with Sherry Glaser’s solo play, Family Secrets, set Off-Broadway records and won numerous awards. In the world of solo plays and shows, Ms. Pinn also worked with Sandra Bernhard, Kathy & Mo and Reno, to name a few.

Ms. Pinn was lucky enough to have been hired to do research for playright and author Lillian Hellman, when she first came to the USA in 1963.
​

​
Born in Cape Town, South Africa and growing up in England, Irene M. Pinn studied at the Sorbonne, in Paris, and London University. Shelived a professional life in theatre, television and film as manager, director and producer. Her clients ranged from Lily Tomlin to writers and even producers of shows like The Simpsons. She will be well remembered as a master teacher of the Art of the One person Show, for her Emmy awards (1974 Primetime Emmy Award for Outstanding Comedy-Variety, Variety or Music Special and 1976 Emmy Award for Outstanding Writing—Comedy-Variety or Music Special) and as the first woman to receive a Grammy Award for producing a comedy album: "Lily Tomlin's This is a Recording." 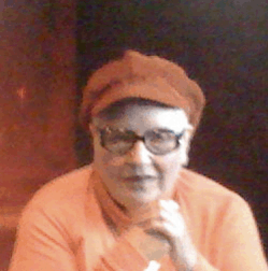